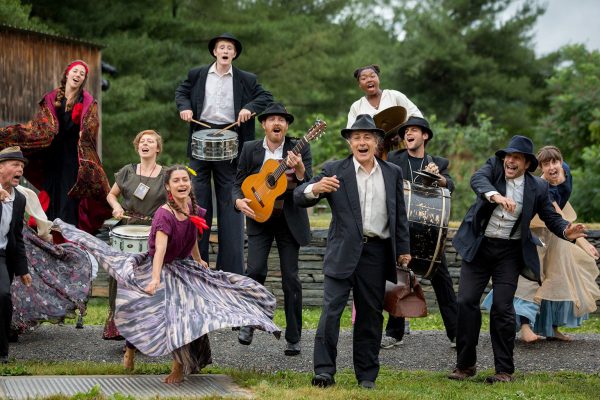 Carlos: I started making theater under the dictatorship in Argentina – and I somehow survived it. But even after democracy was established there, I knew I had to leave.

I had a feeling of being broken. 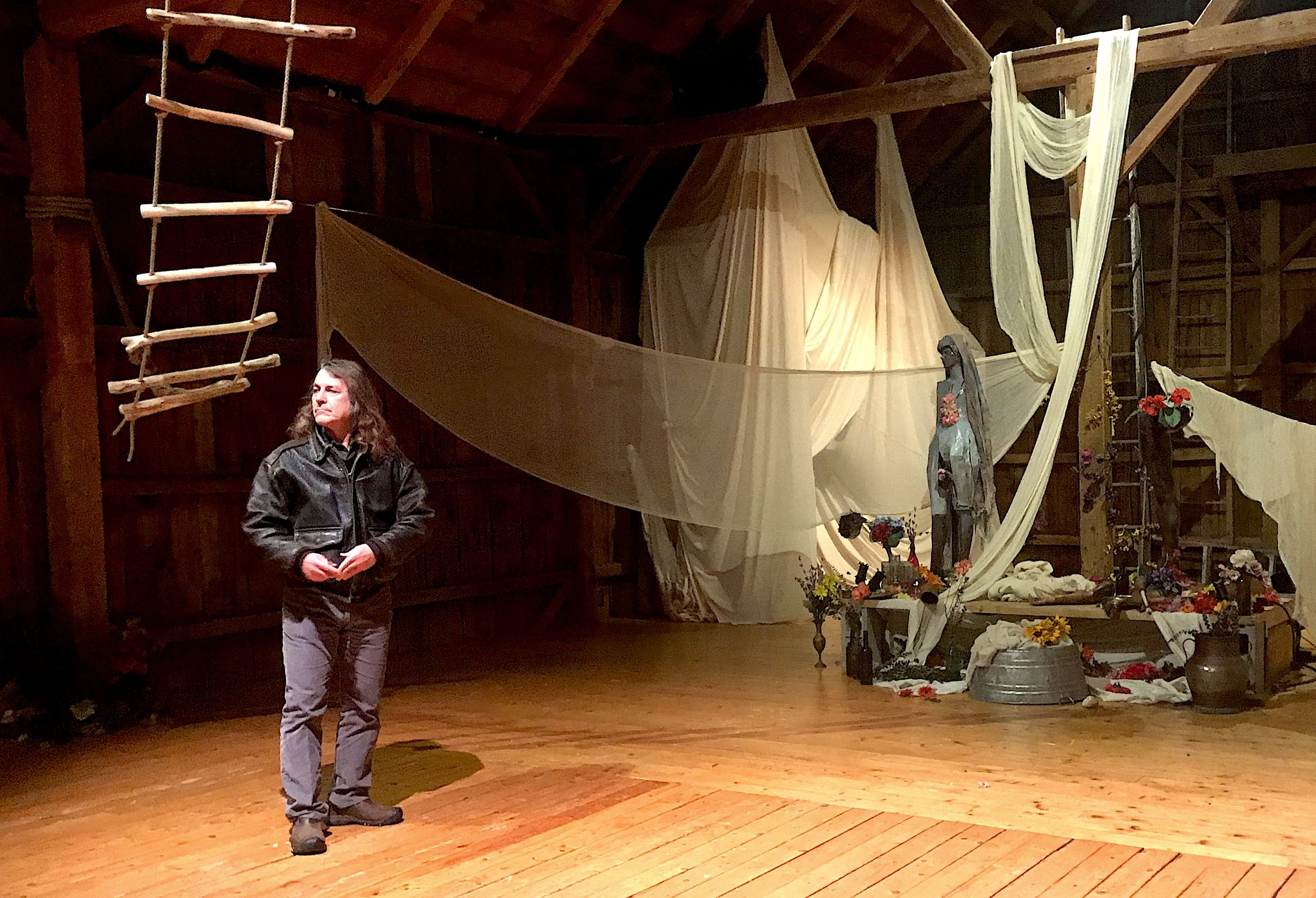 Carlos at the Double Edge Theater on the set of Suga (by Travis Coe, directed by Stacy Klein)

I had grown up on a farm, on the outskirts of Buenos Aires – I’m not really a “porteno”, a city boy. The theater group that I had tried to build no longer felt viable for me, and it was also the end of my first marriage.

When I landed here at the Farm in Ashfield in 1996, I told Stacy that I was planning to produce theater, and she said: that’s not who you are – you’re an artist, and it’s not gonna work for you.

At first I was shocked because her language was pretty blunt, and without knowing me – she was so direct. So we started working together, merging the Latin American approach that I had been doing with the kind of process that Stacy first developed in Boston. 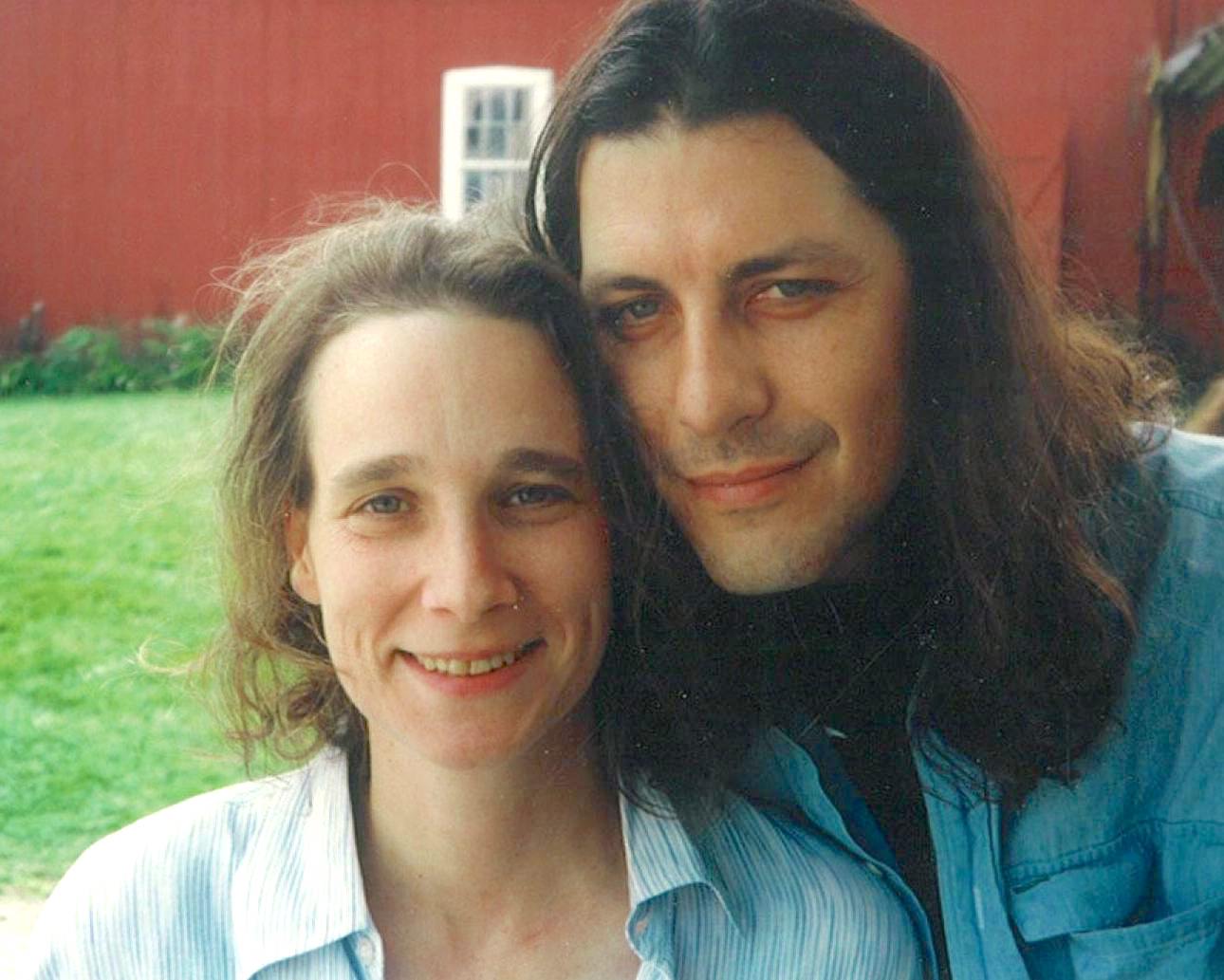 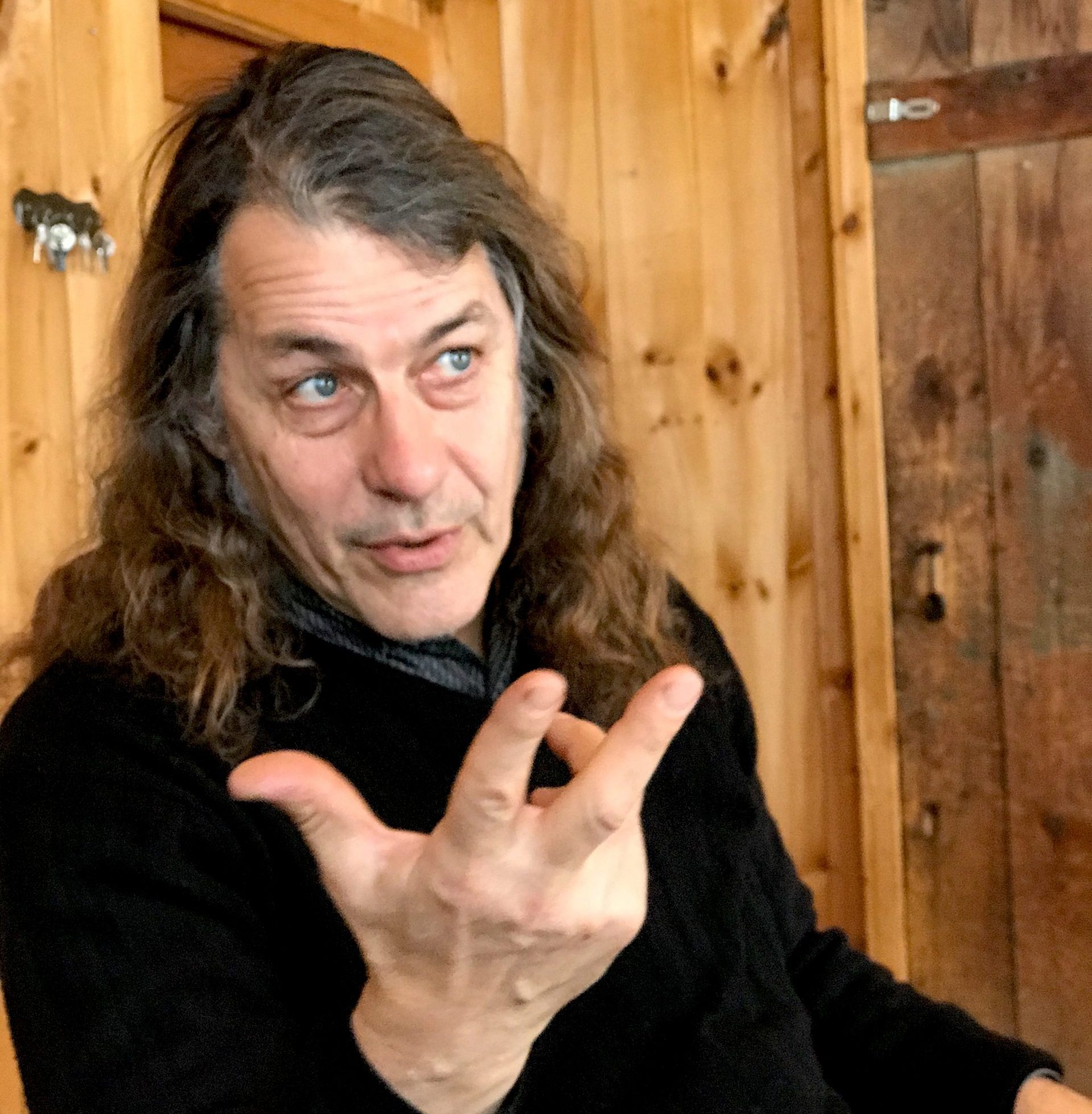 Rebuilding this place in Ashfield – the farm and the theater – and going into a daily regimen of physical training – allowed me to regain the connection with my body and to lose the sense of the rat-race.

That not only nurtured my inner life, but also helped me rediscover my art: daily walks in the woods, working with my hands, creating buildings, managing many different elements, raising four kids – mine and Stacy’s. It transformed things. I lost the urgency of having to “sell” a production in the city, and that freed something in me.

the only Latino for miles around

Instead, I focused methodically on myself, and on the young people who were coming here to study. Over the years I’ve worked with around 650 students, about 20% of whom I’m still connected to. By that process I rediscovered who I was, in a deep way, and – strangely – that happened to me in a completely foreign landscape and culture.

I felt like an outsider in my country and in the culture of Argentina, but here it was ok that I was an outsider, the only Latino for miles around. 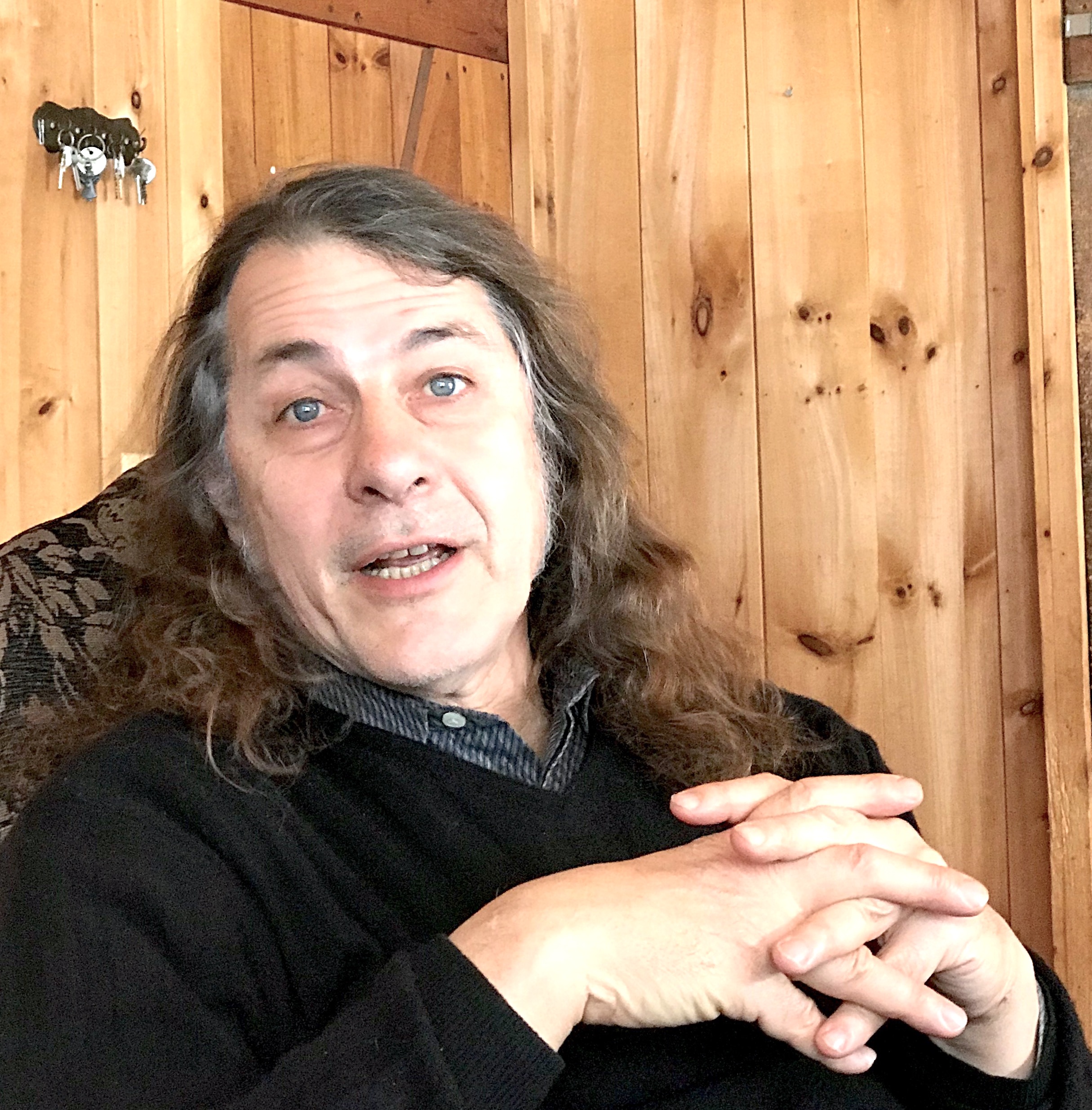 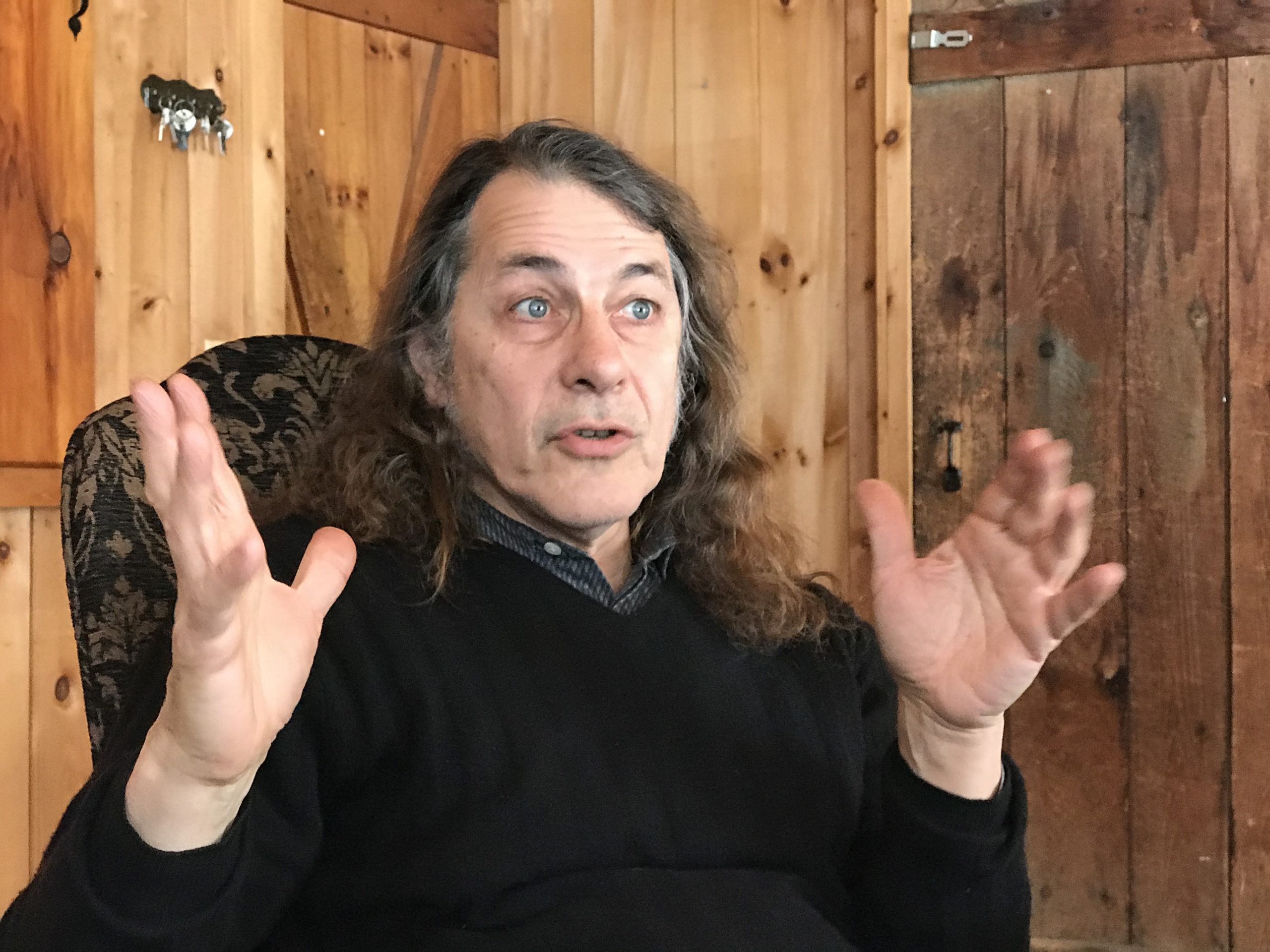 In moving out here, away from a major city, we took away the pressure – we allow time for process and for inner exploration. A rehearsal is not just a stage rehearsal, it’s also constructing the buildings, cooking for everyone, having a relationship with the town, which is very intense and continual. That’s where the idea of living culture kicks in.

As an ensemble, we bring a lot of parts of ourselves to any given show – we develop and create – and then Stacy edits. We actors present etudes – then she composes around that – everything becomes a picture. It’s not something you can predict or foretell – each one is working on themselves – the imagination kicks in. Perhaps only 1% of what we have created is actually used in the final production. And then our only job as performers is to remember, and to deliver – to reveal ourselves in front of people.

Double Edge theater ensemble, Carlos between the guitar and the drum (photo courtesy of Double Edge)

depending on one another

Double Edge is completely imbricated in the fabric of the town, like the scales of a fish, one on top of each other, depending on one another. We don’t expand – we grow. There are other values that I deeply cherish, as well – the friendship and the care: how do we take of our old people – and our kids? This has a great value to me – as a Latino, emotions occupy a very important place. And they take time. 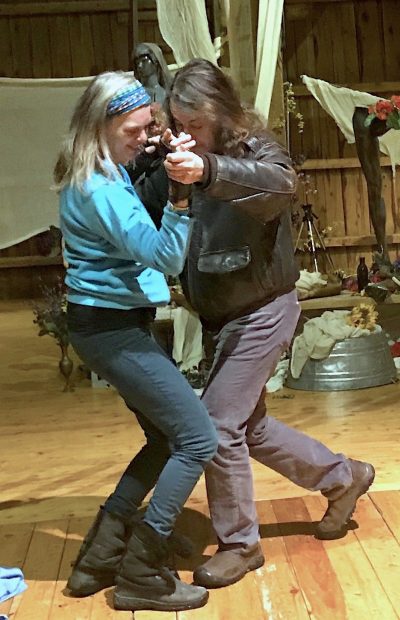 Carlos instructing Laila in the art of the tango