Talamana is a world fusion group that plays original songs, incorporating elements of Indian and Middle Eastern music with jazz and folk music, based on lyrics of various visionary poets, ranging from William Blake to Maya Angelou. Their debut recording will be released in the fall of 2022. The word “talamana” is a Sanskrit word denoting cosmic order and rhythm. Each member brings a unique musical perspective to the group: Laila Salins (vocals, shruti) is grounded in both her classical music and Eastern European folk roots; Robert Markey (sitar) has studied with masters in India; and Jim Matus on laoutar (lute/guitar hybrid) and back-up vocals brings the distinctly American voice of jazz and fusion music. 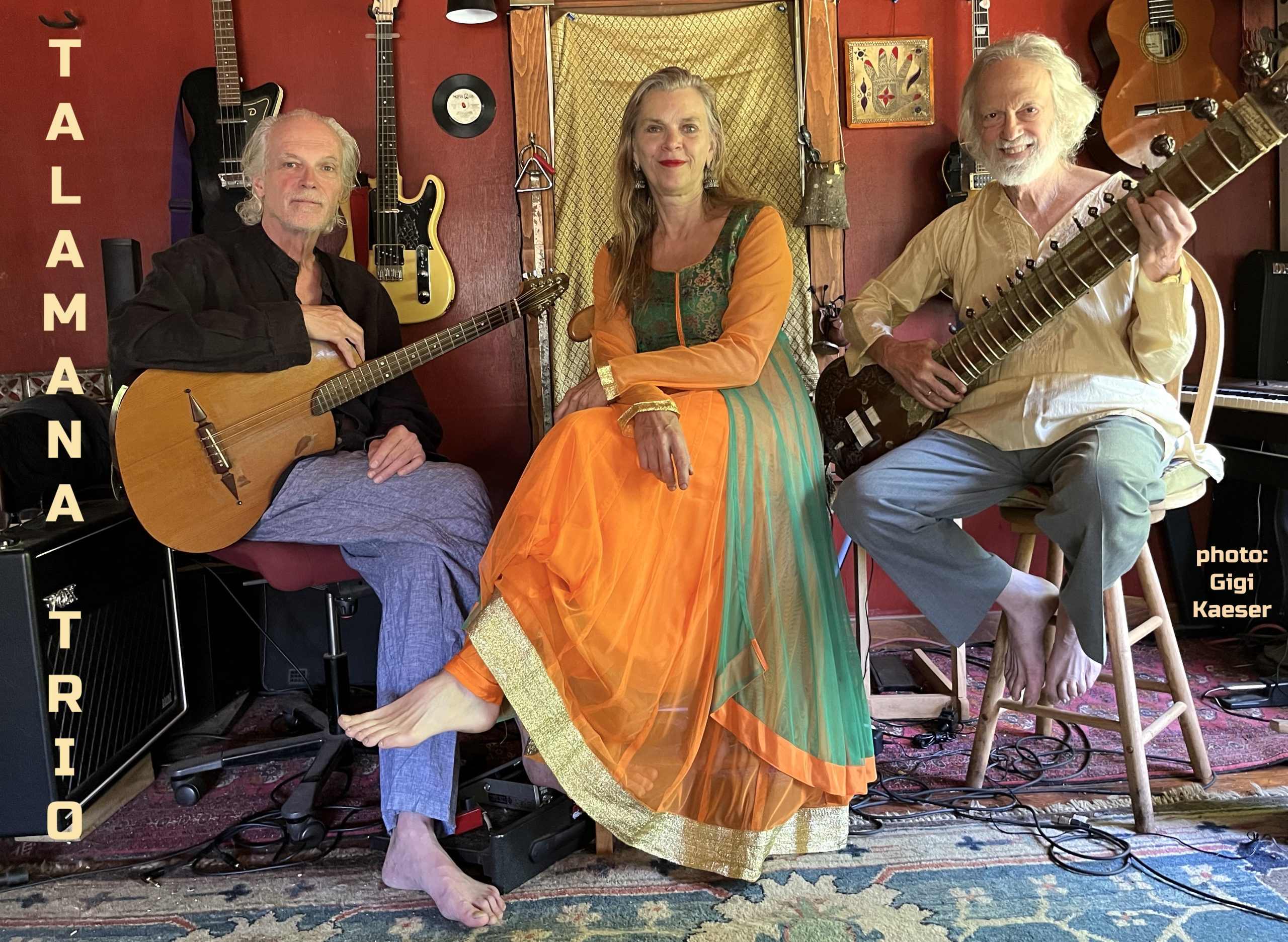 An earlier incarnation of Talamana created the song cycle, Songs along the Amber Road, as part of the European “Capitals of Culture” program that took place in Riga, Latvia, and elsewhere. This is a journey, in song, myth, and images – along the amber road, the ancient trading route that led from the Baltic Sea to the Mediterranean. Original music has been combined with arrangements of ancient melodies from: Finland, Latvia, Hungary, Poland, Italy, Greece and Egypt. A narrative describes the history and myths of the amber road. Video images were created by Arturs Virtmanis.

A full performance of Songs along the Amber Road at the Riga Congress Hall in Latvia on August 6, 2014 can be found on Vimeo (Parts I and II): Laila Salins, vocals, shruti, melodica; Jim Matus, laoutar, vocals; Shane Shanahan, percussion; Timo Väänänen, kantele, vocals, video by Arturs Virtmanis. The project was inspired, in part, by the work of the Silk Road Ensemble, of which Shane Shanahan is a founding member. 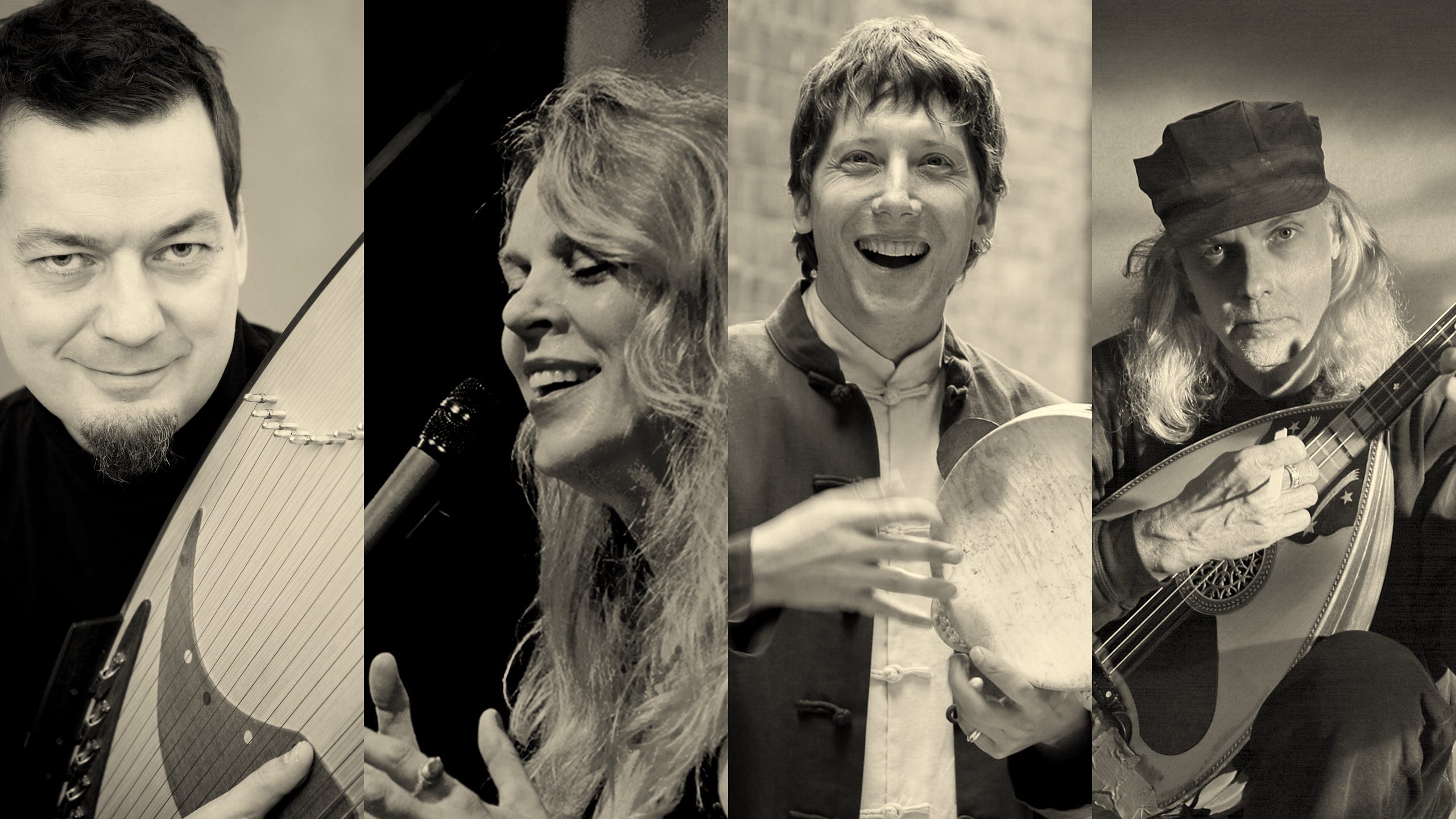